In this fascinating account by our real estate reporter, SAHEED FUHAD, read about how beautiful homes were fashioned by Haven Homes in Lagos.

In 2006, exactly 10 years ago, Haven Homes led by a determined and innovate Tayo Sonuga entered the Lagos property market with a bang! They delivered their first housing units in Lagos with huge acclaim from the then Commissioner of Housing in Lagos State, Hon Bamidele Onabokun, during the commissioning of their flagship development in Magodo GRA. I was one of the few journalists that was lucky to witness what was promised to be the new face of luxury home delivery in Nigeria.

More accolades have followed since then. In 2009, they were described as the most romantic homes in Lagos, in 2010, they got the elevated appellation of the best designed homes in Lagos by top real estate publications across the country. In 2014, they got the prestigious award for the Most Affordable Development of the year, the same was awarded to them again in 2015. Now, in 2016, the more improved versions of these homes are currently being referred to as the most functional and readily affordable luxury homes in Lagos.

But how has Haven Homes been able to achieve the enviable feat of constantly delivering quality affordable luxury homes to Nigerians despite reservations from some pundits about the firm’s capacity to maintain the standard it started with in 2006?

“The mission was clear from the onset. We wanted to make a statement. We wanted to change the trend. We believed it was possible to replicate the standards in Europe, America, Dubai and other developed parts of the world here in Nigeria. That is what we have been doing effectively and consistently in the most affordable way for about a decade now. It is our passion and it will surely continue to get better”, Tayo Sonuga the MD/CEO of Haven Homes guarantees.

Going back to the firm’s developments in Magodo GRA Phase 2 on the Mainland, Sonuga explained that the company’s vision of luxury homes delivery was put into reality through a unique partnership with award winning architecture firm PLAY IN ARCHITECTURE. “With the partnership, we were able to develop never seen before luxury homes in Nigeria. The homes looked crafted, something like sculptures. The precision by which we delivered the homes could be seen from their sharp wall angles. We were able to create a unique balance between brick and glass. The window areas in the homes were phenomenal and they threw in sufficient light inside the building from all directions. Even with the abundant light and ventilation, we were still able to creatively maintain privacy and security of the residents”, Sonuga explained.

He added that after the resounding success of the 2008 and 2009 models, there was then the need to make the 2010 models better and even more attractive. “This we did by ensuring they came with brighter colours and aesthetics. With the colourful exteriors, the 2010 models were patterned after the way a lady prepares herself for a gorgeous occasion; puts on her clothes and then apply her make-up (lipstick and eye-shadow in the right places). Though simple, the 2010 were embellished with a romantic feel with technical architectural work that easily meets the eye. Once you step into the house, you are greeted by an expanse of double volume and triple volume spaces which are interconnected faultlessly just as if you are in a shopping mall. The living rooms were elevated with pebble tiles to celebrate the entry. Its unique features included a home office, lounge passage, indoor garden overlooking an atrium with a fountain, a family recreation area comprising of a gym, mini bar, games area and a terrace wrapping round the whole house with a palm garden overlooking a natural gorge”. 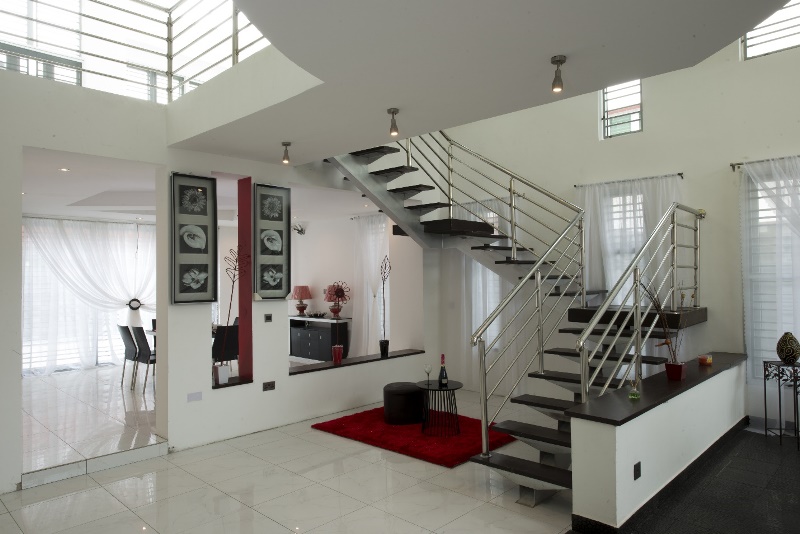 Haven Homes became truly the first commercial developer of real contemporary homes in Nigeria. Prior to this, real contemporary homes had remained the domain of the rich and famous who could afford to very expensive architects to design and employed expatriates to build their mansions. Haven Homes changed this concept by introducing the first truly contemporary architecture at the most affordable prices into the Nigerian market. The success of these designs was trailed by massive attempt by other developers to copy and implement various versions of the original designs by Haven Homes.

Sonuga explained that Haven Homes keeps improving on its home designs; year-in year-out, despite the widespread copying from other real estate developers. The 2016 Models were conceptualized by another award winning architecture firm, LEDYVINE, and have now generally come to be known as CURVE ARCHITECTURE.

The 2016 model presents a unique variance from the previous models and comes with further improvements that may be extremely difficult to copy. According to the Haven Homes boss, the 2016 models come with special elements. “The 2016 home designs externally are curvier and wavier, which are adaptations of the homes to the movement of the sea. The choice of colors for the homes are now more subtle and tranquil. This is to adapt to the natural environment around the estate which is dominantly beach-white. Internally, we have chosen the spectacular elliptical staircase design that depicts elegance and also displays grandeur. We have also celebrated walls with niches which can be highlighted with various colors to display flowers or works of art. Our lightings have also improved significantly and we have introduced a new lighting concept known as star-lights”, he added. 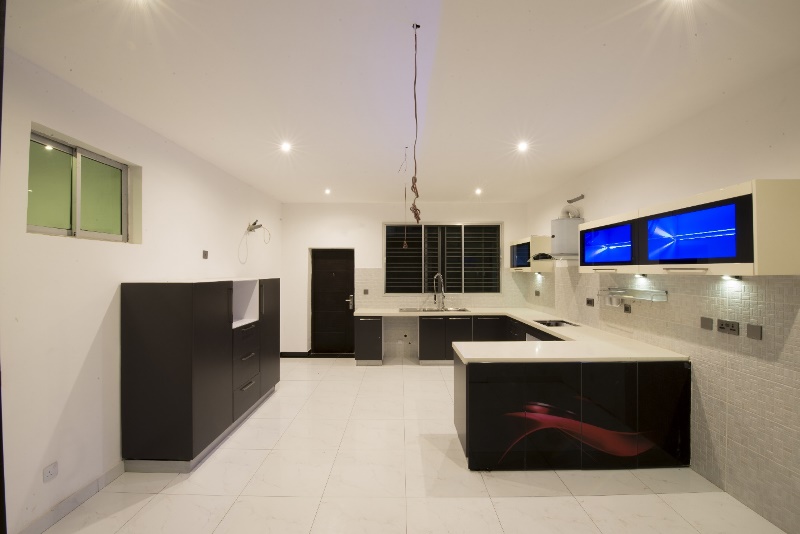 On how Haven Homes has been able to continually improve on its standard despite the economic hardship of the country that has seen many other real estate developers cutting corners on quality, Sonuga says the Haven Homes idea of home delivery goes beyond profit making. “It is a passion that comes with extreme responsibility to our clients. We didn’t get the attention of several expatriate workers of Chevron, Julius Berger and other multinational companies or those of top entertainment acts like 2Face Idibia, AY the comedian and Tiwa Savage by chance. We have come this far and hope to continue by the grace of God, hard-work and sincerity of purpose”.

“The 2017 models are already under construction and are fast selling out, the public can expect them to be better than what we have been doing and have done in 2016”, Sonuga concluded.

Celebration of an ICON at 40 ( DR KENNEDY OKONKWO)

Housing: We are ready to partner with developers — LASG