Lagos State Governor, Mr. Akinwunmi Ambode on Friday expressed total commitment to the actualization of the various initiatives put in place by his administration towards making life better, simpler and more prosperous for the people, just as he assured that the State would witness massive transformation in critical sectors in the next six months.

Speaking in Badagry at the opening session of a two-day retreat organised by the State Government for members of the State Executive Council and Body of Permanent Secretaries, Governor Ambode said creating value for the people remained top priority for him, and that government was ready to partner with any individual, corporate organization and indeed the private sector towards achieving the set goals. 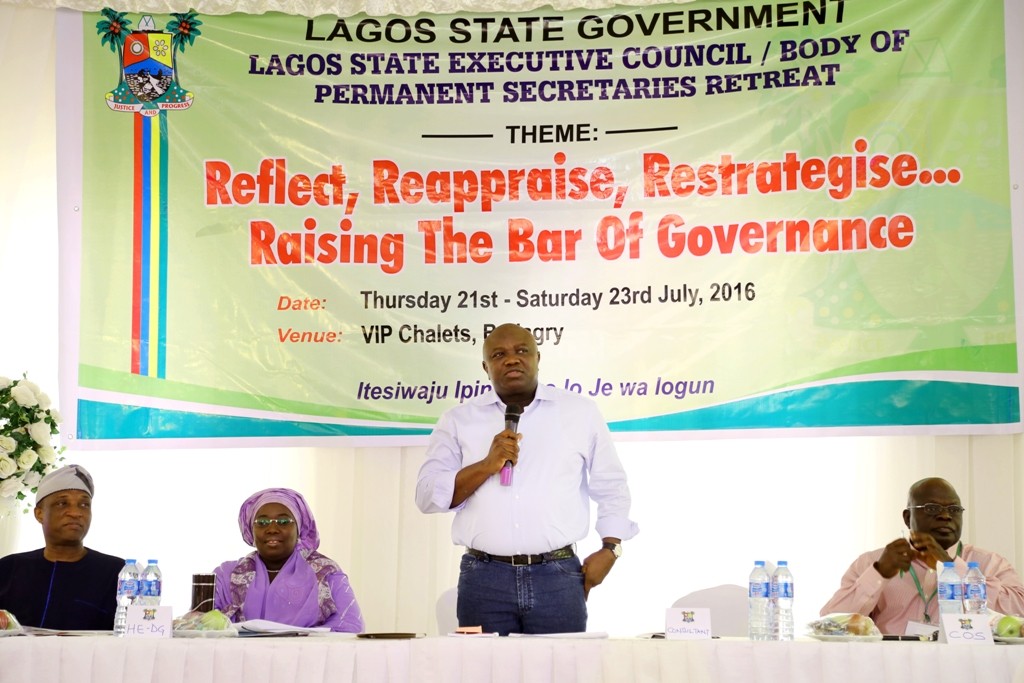 The retreat tagged: “Reflect, Reappraise, Restrategise: Raising The Bar Of Governance,” is the second in the series, and was held at the VIP Chalets, Badagry.

Governor Ambode, in his remarks, said the everyday challenge for him and his team in the last thirteen months was all about adding positive value and taking decisions only in the best interest of the people.

He said: “This government is about creating value for our people. That is the whole essence of our coming together as a team. It is all about seeing to what extent can we create value for Lagosians. “That is our everyday challenge that the people have seen in the last thirteen months. I believe strongly that creating value is the central focus of everyday decision we have taken at the Exco level and even the Body of Permanent Secretaries level.

“We are all out to give positive value to Lagosians. We don’t want to make life difficult for people and we also want to ensure that in every decision that we make, the overall interest of the larger populace is actually affected positively.

“In the next six months, a totally different Lagos you will see because the kind of initiatives that we have set up that are actually work in progress now, we will release and unleash them and the people will obviously see that we are very focused on making life easier for them,” the Governor said. 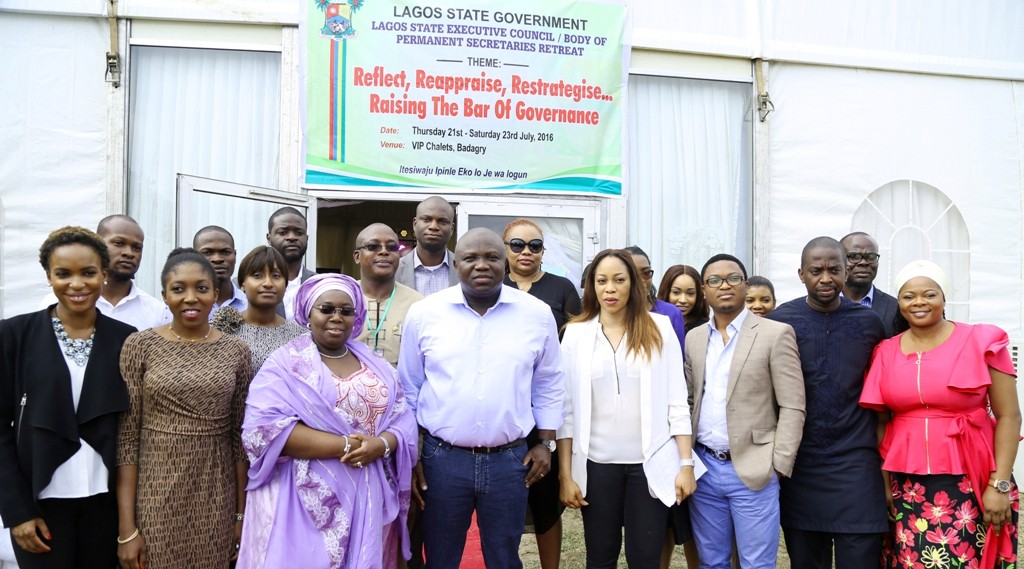 Going into specifics, Governor Ambode said government would focus on changing for good the transport system in the State and equally partner with the private sector in maintaining a clean environment.

“We do not think Lagos deserves the kind of transport system that it has now. We also think we need to intervene with the private sector to deal with the issues that relate to environmental sanitation,” he said.

The Governor, who commended the members of the State Executive Council and Body of Permanent Secretaries for partnering with him since assuming office, however urged them to continue to stay focused on the journey to transform the State.

He said a lot had been done, but that more still needed to be done, and that all hands must be on deck to move the State forward, one of the reasons he said necessitated the retreat to appraise what had been done and chart way forward. Speaking on the retreat, the State’s Commissioner for Economic Planning and Budget, Mr. Akinyemi Ashade said the main purpose of the retreat was to raise the bar of governance with the view to ensuring that the manifestos of the present administration are fulfilled in a seamless manner and to refine the implementation plan for the next three years. 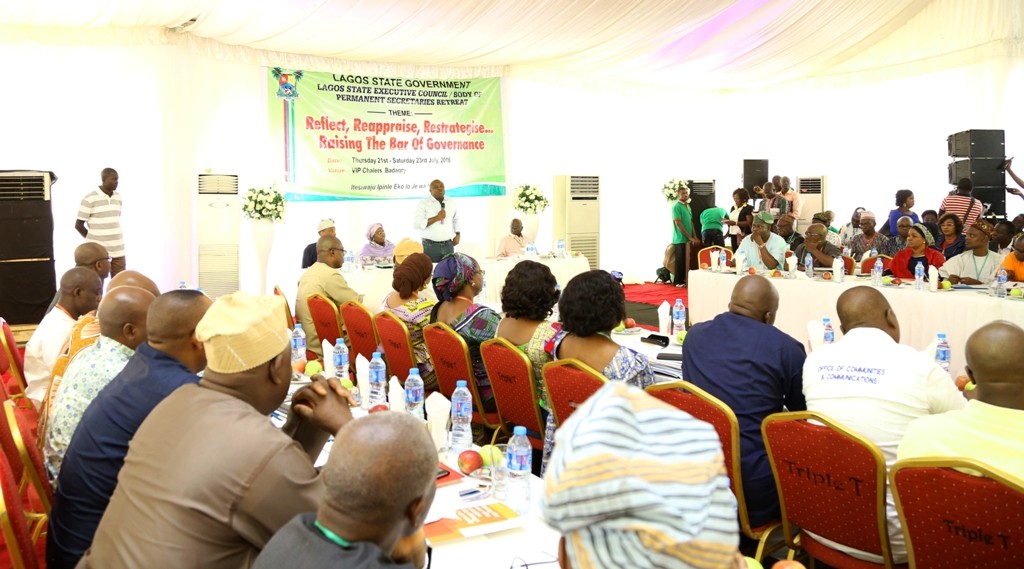 He said aside the fact that the holding of the retreat in Badagry goes a long way to show that all the part of the State is secured and that government has remained focused to its commitment of all inclusive governance, the retreat was also about focusing more on critical sectors such as transportation, environment, job creation, among others.

On his part, Commissioner for Tourism, Arts and Culture, Mr. Folorunso Folarin-Coker said the State Government would soon role out massive programmes on tourism and that Badagry would feature prominently in that regard. He said the Black Heritage Festival in the ancient town, among others would be celebrated.

Breaking: Ambode loses bid to stop probe by lawmakers over purchase of 820 buses

Badagry-Marina project to be delivered in August —Ambode

Oba of Benin accuses Obaseki, Ize-Iyamu of arming thugs ahead of gubernatorial elections

Why Lagos is spreading economic opportunities