This year 2016 Hennessy Cypher adds another year running,  it features some of the biggest Hip Hop heads  in the music scene and just like the year before it returns as a part of the Hennessy Artistry celebration of Hip Hop.

Partaking in the Cypher this year are the likes of Show Dem Camp, Ill Bliss, Vector, Loose Kanyon, Jesse Jagz along with respected underground rappers who have come together to deliver some of the hottest bars and lyrics.

The 2016 Hennessy Cypher, will be released weekly starting from the 4th of August this week on all major online platforms and on Trace TV. You can also join the conversation on social media with the hashtags #HennessyCypher and #HennessyArtistry2016.

Watch the trailer below:

Cypher/Cipher: Is an informal gathering of rappers, beatboxers, and/or break-dancers in a circle, in order to jam musically together.

Check out Ycee and Reekado Banks in Link Up

Ill Bliss Out With Album ‘Illygaty 7057’ 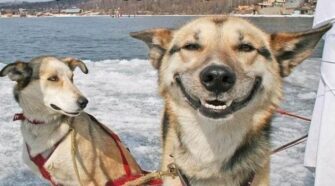