Lagos State Governor, Mr. Akinwunmi Ambode, has assured his administration’s commitment to ensuring the safety of lives and properties of all residents, adding that there would be no stone left unturned towards ensuring that the nefarious activities of kidnappers and ritual killings have no place in the State.

Giving an update on the six abducted Igbonla Model College students, the Governor said that efforts have been stepped up to secure their release and reunite them with their families, assuring that government would spare nothing to ensure their safe return.

“We know that no amount of expenditure is enough to keep the city safe. I just want to assure Lagosians that we are doing everything possible.

“We don’t run the government on the pages of the newspapers, and that’s why you see that we do not make comments on the newspapers, but we are trying as much as possible to make sure that we get these children back safely which is more important for us,” he said.

Besides, Governor Ambode said that the State Government would tighten security in all the water ways and continue to provide adequate support to security agencies towards ensuring that the State remains safe and secured for residents and investors.

He said the decision to rehabilitate the fire station was part of ongoing efforts by his administration to upgrade the firefighting capacity of the State Fire Service.

Governor Ambode said that in addition to providing modern equipment, the government would also establish more fire stations across the State especially in areas that are considered high risk due to population and level of industrial and commercial activities.

“We shall ensure synergy and effective coordination of efforts between the current 14 fire stations and other emergency responders for effective response to distress calls in any part of the State,” he said.

Berlin Patient: First Person To Be Cured of HIV Dies 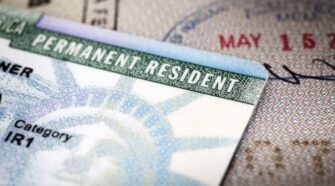