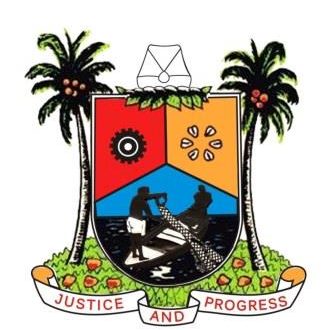 The deal, which also includes the provision of about 500 jobs and construction of an LED lighting and Hybrid Energy Power Assembly Plant in Epe, is estimated at $7million (about N2.52billion), and is expected to be delivered in the next 12 months.

Speaking at the signing of a Memorandum of Understanding (MoU) on the partnership held at Lagos House, Alausa, Ikeja, the State Governor, Mr Akinwunmi Ambode said the development was a major milestone and a positive paradigm shift in the provision of street lighting for the State.

Governor Ambode, who was represented by the Commissioner for Energy and Mineral Resources, Mr Olawale Oluwo said the successful commencement of the partnership signposts a positive progress to the Light Up Lagos Project, which he said, is a special initiative of his administration composing street lighting, community electrification and embedded power programme.

He said: “With this agreement we are signing today, we are setting a new chart for the future of what street lighting, installation, management and control will be like in Lagos. It is a major paradigm shift.

“We have about 33,000 street lights in Lagos under the Lagos State Electricity Board. Now, the LED UK, based on this 300km, will give us about 10,000 street lights. So, technically, they are going to be having about 31 per cent of our entire street light infrastructure and this is a major significant development.

“The second major significant development is the fact that as from today onward, what we have with LED UK is what will be replicated to power Lagos with respect to street lighting going forward.”

Giving details on the agreement, the Governor said with the partnership, there will no longer be any fixed costs with regards to management of street light installations across the State, while all challenges hitherto associated with street lighting would now be a thing of the past.

“As a government, what we are doing is that we are not installing poles, we are not providing security, we are not bothering ourselves with diesel, we are not worried on Fridays and Saturdays about people coming back from clubs knocking down our poles.

“All those have been outsourced now. We are not going to be worried about that. We just buy light from investment of this LED UK with all their installations; they manage it, they provide the security, they power it and as long as we see the light, we pay. That is what has changed today,” Governor Ambode said.

While appreciating all the key players that contributed to the partnership including the British Deputy High Commission, Lagos State Office of Oversees Affairs and Investment, Lagos State Electricity Board, among others, the Governor assured that government would ensure seamless execution of the deal, as well gets maximum benefit which the programme is designed to deliver.

Earlier, Chief Executive Office of LED UK Limited, Mr Alan Parker said his firm was greatly honored to partner with the State Government to deliver the project, adding that over the next 12 months, a British and Nigerian consortium would work to retrofit major roads in the State with urban regeneration project in Ikoyi, Ikeja and Victoria Island.

“As part of this project, we will be employing over 500 local people here in Lagos and investing $7million in the construction and setup of a LED lighting and Hybrid Energy Power Assembly Plant here in Epe. This facility will offer ground breaking testing, training and education programs on renewable technologies whilst providing the future for all lighting and hybrid energy power systems in Nigeria.

“These high quality products will be built by Nigerians with the support, experience, knowledge and technology supplied by LED UK for all commercial indoor and outdoor applications for the African market,” Parker said.

Unemployment across the United Kingdom increases to 4.5%

Oshiomhole: Obaseki removed the only commissioner I nominated into his cabinet