The Nigerian Prisons Service, NPS, has stated that the United Kingdom ‎government had yet to formally notify it and the Federal Government of its plan to build structures at the Kirikiri Prison in Lagos State.

According to the NPS Spokesman, Francis Enobore, the UK must first discuss the specific terms and conditions of the project with the Federal Government.

Media reports on Friday had indicated that Britain would build a new wing at the Kirikiri Prison in Lagos so that it could transfer Nigerian prisoners in the UK there.

But Enobore said the UK’s plan would involve an inter-government consultation which would then be communicated to the Controller-General of the NPS.

He said, “No such building can be built without a synergy between the UK and the Nigerian government; the UK cannot do that. There is no way the UK can just jump into Kirikiri and start to build anything.

“Officially, we are not aware of such move. No formal document has reached the service. As far as I know, I have not seen any document showing a formal move by the United Kingdom to build a prison wing in Kirikiri.

“I read about the plan. It is a proposal still being considered in the UK. There is no place where it is mentioned that any formal invitation was given to the Nigerian government.

“The Controller-General will be notified and there will be further plans. It is too early for me to start talking about a project that I have not seen or heard about.”

Slapping Senator receives yet another award 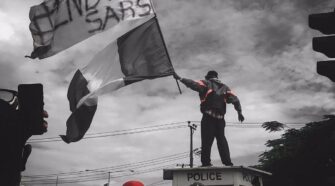