ADO-EKITI — THERE was palpable tension in Agbado-Ekiti, Gbonyin Local Government of Ekiti State, yesterday, as irate youths kicked against the alleged imposition of a Regent.

Eyewitness account revealed that the protest was spearheaded by the youths, who were joined by other indigenes, to protest the alleged imposition of Bolaji Okunbobade, who was appointed by the kingmakers to occupy the throne vacated by her late father, the Owa Oro of Agbado, Oba Okunbobade.

Clutching leaves and placards of various inscriptions, the irate youths, who barricaded the Ado-Ikare Road for several hours, accused one of the kingmakers, Chief Kayode Adeyeye, of unilaterally choosing Bolaji as Regent.

They alleged that due process was not followed and all “critical stakeholders” were not carried along in the choice of Bolaji whom they described as “illegal regent.” Chanting war songs, the protesters invaded the palace and reportedly chased the regent and her aides from the palace.

The whereabouts of the regent and her aides were unknown at press time while the youths have sealed the palace.

The community has been thrown into crisis following the alleged taking over of traditional artifacts, shrines, and duties of sacrifices by four kingmakers.

The kingmakers’ alleged action led to tension but the intervention of the Gbonyin local government chairman restored peace.

The leader of the youths in the community, Mr. Adeola Odesanmi, condemned the way and manner the Regent was allegedly imposed on the people calling for the reversal of the action.

Another youth leader, Sunday Adeibi, urged Governor Ayo Fayose to intervene before the crisis “completely goes out of hand.”

Why Psychological abuse is worse than physical

BREAKING: Confusion in Bayelsa Assembly as another Speaker emerge, Mace no where to be found. 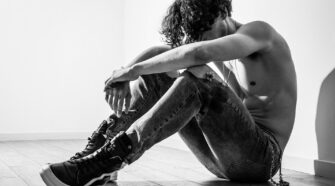