Nigerian striker, Odion Ighalo has pleaded with Nigerians over the suspected death threat issued to him on social media.

Ighalo had two clear-cut chances when Nigeria was eliminated from the ongoing Russia 2018 World cup.

Many Nigerian fans believe if Ighalo had utilised the chances it would have seen the Super Eagles through to the Round of 16 of the World Cup.

The Eagles needed a draw against the Argentine team, that had only one point to Nigeria’s three going into the deciding game.

The Changchun Yatai F.C. striker noted through an Instagram post that it was a great time to play for Nigeria at the World Cup and that the team tried all in their capacity to get to the Round of 16.

“It is a great experience to play at the World Cup and I enjoyed every moment of it, but sometimes things don’t work the way you want”, he said.

He later pleaded that “for all those that want to kill me abeg na person pikin I be o, it’s well”.

The 29-year-old gained his first cap for Nigeria in March 2015 in a home defeat to loss to Uganda.

However, Captain of the team, John Mikel Obi praised his teammates for putting up a gallant fight in the game, saying the squad had a bright future because of the average age of the players.

Friendly: Super Eagles and Foxes To Meet in Klagenfurt After Change of Venue

Reps To Discipline Lawmaker Over Call For Buhari’s Impeachment 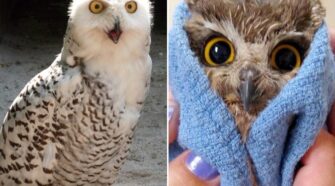