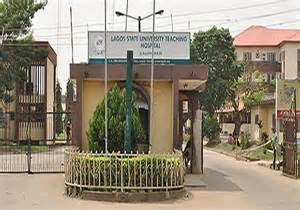 Lagos State Government announced that one of the two remaining Lassa fever patients at the Lagos University Teaching Hospital, LUTH, will make a full recovery adding that as test carried on him came out negative.
Responding to questions the briefing, Idris refuted the rumour  that the two victims had died.

He said:“We have two cases now and they are doing very well, one of them in LUTH has zero converted it means he has now become negative based on the treatment, so if you come out very early you can be treated.”The Commissioners explained that the state government had put measures in place to ensure that residents were protected.

In regards to the immunization exercise, he said the government was targeting over 4 million children for measles.
The commissioner also noted that the exercise, which will hold between January 28,  and February 1, 2016 in 20 Local Government Areas, LGAs, and 37 Local Council Development Areas, LCDAs, was aimed at reducing childhood mortality and morbidity from measles infection among children from age 9 months to 59 months.

Over 121 persons have been reportedly infected with the deadly Lassa fever virus in Ondo State.

Reopening of churches and mosques not yet – Lagos government.

As Nigeria marks 56, Ambode harps on unity to rescue economy from recession

Ahead of Sallah celebration, Lagos beefs up security