Generally, low priced plots in remote areas don’t look like the best investments due to unattractiveness of the physical environment, but their value could build up over time, especially if they lay along the path of urban development. To a layman property investor such a land is nothing but a bush. But to a savvy real investor, it could certainly turn out to be a goldmine.

In 2004, for example, plots of land in Oluwanishola Estate, on the other side of the Lekki 2nd toll gate were being sold for as low as N500k. In the spirit of seeing an investment opportunity where many would turn their eyes away, an enterprising banker, Bisi Akande (not real name) bought four plots from the location then and re-sold them for N35m each nine years later in 2013. Similarly, a woman had received a plot of land in Ikota, Lekki worth an ordinary N25k as a birthday gift in 1998 from a relative. The same plot was sold for N31million, 17 years after in 2015. So the question is: are there still places where you can buy plots (considered as bush today) and wait for their prices to go up?

“All locations considered as bush today that will sooner or later become prime real estate locations”, says Segun Alayande the MD/CEO of Smart Invest and Real Estate Development Company Limited. According to Alayande, the time it will take for the different “bush” locations to rise into prime locations is what will vary and for investors who understand the dynamics of landed property investment, there are a few facts to consider if one is to expect faster capital appreciation on such investments. 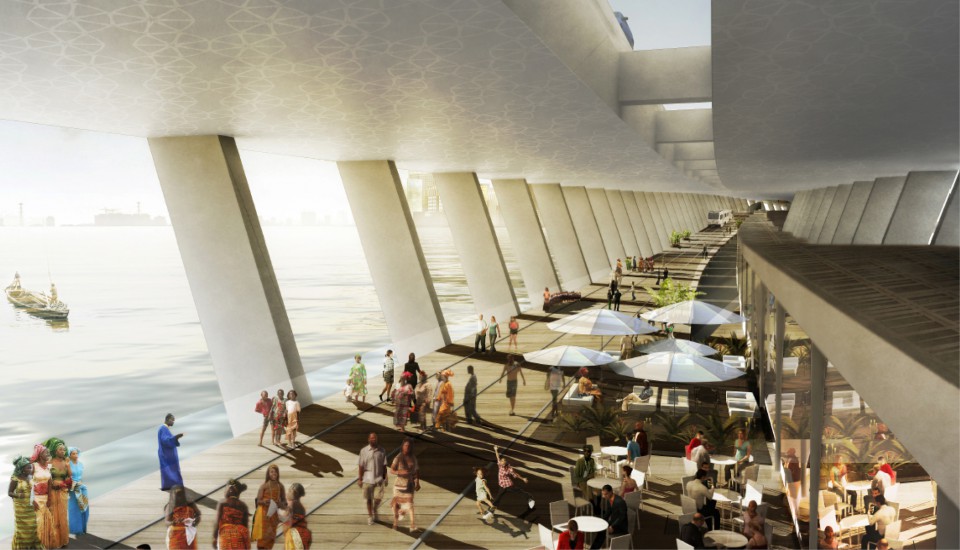 “The nearer an undeveloped location is to other developed locations, the faster it will rise to become highly valuable. As investors get priced out of the expensive locations, they will be forced to look for nearer alternatives and just as you have it in the rules of basic economics: the higher the demand, the higher the price. Land prices in areas like Ikota which was once considered the bush location of the main Lekki axis over the last ten years have risen exponentially because of the galloping land prices in locations like Oniru Estate, Lekki Phase 1 and Ikate Elegushi axis. From around N1million to N2million in 2006, a plot of land in the Ikota axis sells for between N25million to N30million. There is no type of investment in the world that can give an investor that kind of return within a space of ten years”, Alayande explained.

Beyond nearness to developed locations, Alayande says investors in upcoming real estate locations of choice who wants some guarantee of swift returns on their investment must keep an eye on government policies concerning infrastructure developments for such areas. “The almighty Lekki was once a sprawling community of slump settlements until the Raji Rasaki Government in Lagos State came in and created the Lekki-Epe expressway. The present Lagos State Government have earmarked and have started to construct some landmark projects in areas smart property investors should be keeping their eyes on”, he hinted.

Listed below are developing locations around Lagos, Alayande have tipped to become the next prime real estate locations around Nigeria’a commercial nerve center and factors (Government Projects and Market Realities) that will drive land prices up in these areas.

From a Free Trade Zone to a Deep Sea Port, Refinery and International Airport, many of the ongoing/upcoming landmark developmental projects earmarked for the Lekki axis by the Lagos State Government are located in the Ibeju-Lekki axis. As real estate developers start to position themselves in the area to take a reasonable share of the real estate market that will be created for the area when these projects are completed; land prices in the opinion of Alayande will naturally start to rise in anticipation of these developments. Apart from these projects, a lot of would-be Lekki real estate investors that have been priced out the main Lekki property market where land prices currently stands at between N50million and N200million will likely be moving in large numbers to Ibeju-Lekki where average land prices currently stands at between N1million and N7million. The recent announcement by Governor Akinwunmi Ambode that a flyover bridge will be constructed at Ajah junction to ease the traffic bottle-neck experienced by commuters transiting from the main parts of Lekki to the Ibeju-Lekki and Ajah axis have also been tipped by pundits to have positive effects on the demand for land in the area and by extension prices in the area in 2016.

Since the start of the Lagos-Badagry Expressway expansion project from a dual carriage way to ten lanes with bus rapid and mono rail tracks, the demand for land in the ancient city bordering Nigeria with many of the other West African nations have increased significantly. Also, the announcement by the Lagos State Government towards the end of 2015 that the first phase of the project (Eric Moore in Surulere to Mile 2) has been completed also went a long way in clearing the doubts from the minds of investors who were skeptical about the visibility of the project. Now that the pace of work on the road has increased as a result of better cooperation between the APC led Federal Government and the Lagos State Government, there are high hopes that the entire project would be completed in a good time. While a plot of land in the easily accessible parts of Badagry like Oko-Afo, Mowo, Aradagun, Ibereko and Ajara currently sell for between N500, 000 and N1million, plots in the not too accessible areas like Ilado, Imeke, Iworo-Ajido and Epe sell for between N200, 000 and N400, 000. With travel time from Badagry to the main parts of Lagos expected to reduce from the current two to three hours to less than forty-five minutes, demand for plots in the area are expected to continue to rise and the assumption is that current land prices will also react accordingly. Beyond the expansion of the expressway, the plan by the Lagos State Government to build a world class Tourism Center and a Deep Sea Port in Badagry is also expected to positively impact on land prices in the area.

There is no gain saying that Ikorodu is today the most densely populated outskirt location of Lagos. Rising from less than N500, 000 to between N2million and N4million over the last decade, real estate pundits are of the opinion that average land prices in Ikorodu will continue to rise in 2016 as a result of improved transport facilities. Recently, Governor Akinwunmi Ambode commissioned the expanded Mile 12-Ikorodu Road with over 400 Bus Rapid Transit (BRT) fully air conditioned buses. Another project that will increase the demand for land in Ikorodu according to real estate pundits is the proposed 4th Mainland Bridge to link Igbogbo-Baiyeku in Ikorodu to Badore-Ajah, in Lekki. Expected to bring Ikorodu and Lekki closer to each other in terms of travel time, a start of the project this year is expected to push up the investment prospects of Ikorodu. There is the wide belief amongst savvy real estate investors, that at completion, the 4th Mainland Bridge will not only bridge the travel time but also the prices of properties between Lekki and Ikorodu.

Although by geographical delineation, the Alagbole-Akute property market is located in Ogun State, the realities on ground shows that 90% of person residing in the area work and have their economic life directly connected to Lagos. On a traffic free day, travel time from the Alagbole-Akute axis to a place like Ojodu-Berger Bus Stop is less than fifteen minutes; a major reason given by pundits for the high demand for landed properties in the area by savvy real estate investors and first time home owners. However, during peak periods, travel time from the area to the same Ojodu-Berger Bus Stop in most cases gets to between one and two hours. That may soon end as the Ogun State Government has commenced the construction of a dual carriage way and bridge to connect the area to the Ojodu-Berger axis. The assumption is that, when the road project is eventually completed at the latter part of the year, land prices which currently stands at between N2million and N5million could double in response to increased demand.

Exclusive: Why Lekki may not be the best place to buy a property

Nigeria @ 59, the Stive for Developbzment Begins with you.

Ndidi Nwuneli: There are opportunities in agriculture

FG set to reconstruct Apapa-Wharf Road, to close a section for 1yr