As aviation fuel scarcity bites harder, flight operations of indigenous airlines continue to experience hitches across the country. Already, the oil marketers have begun rationing supply to the airlines due to limited supply of the commodity, leading to cancellation and delay of many airlines’ flights.

The Arik Air, with a daily fuel requirement of 500,000 litres, weekend, notified its passengers that severe fuel scarcity was threatening its smooth operations, Ekocity Magazine has learned. It warned that the situation might lead to flights delay and cancellation in some cases.

According to Daily Trust, the current aviation fuel shortage began to take its toll on flight operations since  last week with many flights delayed and, in some cases, cancelled. A source at the Consumer Affairs Department of the Nigeria Civil Aviation Authority (NCAA) confirmed to our correspondent that passengers had inundated the department with complaints over flights delay.

Many flights, especially in Lagos and Abuja, the operational hubs of many airlines, have continued to be delayed for more than two hours, since last week, it was learnt. An NCAA source said: “I think all the airlines, especially Arik Air, are affected. Med-View flights experienced delay. The complaint has been the scarcity of aviation fuel as marketers now ration the product.”

The spokesman of the NCAA, Mr Sam Adurogboye, could not be reached for his comment at the time of filing this report.

Meanwhile, Dana Air decried the situation, saying that it has not helped its services to the public. Mr Obi Mbanuzuo, the manager of Dana, in a statement issued by the spokesman of the airline, Kingsley Okwudili, said: “We sincerely apologise to our teeming guests for the delays experienced recently and regret the inconveniences caused. The recent delays have not really helped our desire and commitment to take our passengers to their destinations on schedule.”

However, an aviation expert, Group Captain John Ojikutu (rtd), has blamed oil marketers for the development, wondering why there was scarcity of Jet A1 at the face of abundant petroleum. He stressed the need for repair of damaged pipelines supplying fuel from Ejigbo and Mosimi depots to Murtala Muhammed Airport in Lagos, where 70 per cent of aviation fuel was consumed.

He suggested to airlines to undertake the repair since the Nigerian National Petroleum Corporation (NNPC) was not willing to undertake. It would be recalled that the ministers of state for petroleum and aviation, Ibe Kachikwu and Hadi Sirika, respectively, assured airlines that local production of Jet A1 would begin. Ojikutu said: “Just as the marketers are not sincere, the operators, too, are equally guilty. Ask yourself, why is there no PMS scarcity and there is scarcity of kerosene and Jet A1, even when government has given an open door to whosoever wants to import?”

“Find those who own the tankers, those who import fuel and some owners of defunct airlines with AOL (Air Operators License) that have no aircraft flying but still have access to fuel with the marketers and sell at ridiculous price to operating airlines.”

SENEGAL, NIGERIA ADVANCE INTO THE SEMIS

How Lagos came out of recession – Ambode 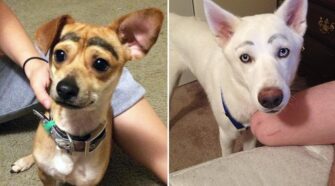