The Lagos State Government yesterday appealed for calm over last Thursday’s Court of Appeal’s verdict endorsing the use of hijab by Muslim schoolgirls.

According to a report by The Nation, it urged the people to be law-abiding and exercise restraint in pursuing their rights.

“We must not breach public peace. People should remember that to every right there is corresponding responsibility,” said a statement by Commissioner for Home Affairs Dr. Abdulhakeem Abdullateef.

The verdict, the commissioner said, is victory for the rule of law and not for a particular religion or its followers.

The government, he said, recognises the rights to freedom of religion as enshrined in the Constitution and it has not at any time been at war with any religion or its followers.

He said: “As a government, we have continued to provide an enabling environment for all citizens irrespective of their religious affiliations. The Appeal Court pronouncement on the use of hijab in public schools is victory for the rule of law, victory for everyone.”

“No one should see this as war, there is no victor no vanquished in this situation. It is simply a constitutional issue on rights of citizens.”

AbdulLateef said the Akinwumi Ambode administration has since inception condemned harassment and victimisation of any individual on religious basis, including those who wear of hijab.

SAP Coordinator Mrs Sherifah Yusuf-Ajibade said the verdict came when privately run Muslim schools were beyond the reach of the common man, because of the prevailing economic challenges.

“The Sustainable Development Goal (SDG) Number Five seeks to attain equality for men and women. This starts with giving both genders equal opportunities; particularly equal educational opportunities. Recent surveys show that even here in metropolitan Lagos, there is a significant percentage of parents who would rather get their girl-children married after acquiring primary school than enroll them in secondary schools, where their faiths are not guaranteed. This judgement will give hope to such parents, thus enhancing girl-child enrolment in Lagos primary and secondary schools, and ensuring Muslim parents and their children are not forced to choose between their religion and education; both of which are essential ingredients of a good life,” she said.

The Companion President Alhaji Musibau Oyefeso said there would have been no need for the judicial process “if the Lagos State government had taken the right steps which states like Ekiti had taken long before now by allowing female Muslim pupils in public schools that chose to wear hijab to do so. It is unfortunate that the state government (which prides itself as centre of excellence) succumbed to the whims and caprices of mischievous and overzealous school heads and teachers to ban the use of hijab in public schools. It is a well known fact all over the world that hijab is the divine right of female Muslims which is allowed in public schools in virtually all countries of the world including the United Kingdom and United States as well as global organisations like the United Nations and its agencies.

“For anybody to attempt to deny this right is an effort in futility and we are happy that the Court of Appeal was courageous enough to uphold this right. We call on the government not to attempt to appeal the judgment as it would amount to deliberate squandering of state scarce resources.”

“Instead, the government should just take steps to invite Muslims and other stakeholders to design appropriate hijab for the use of the female Muslim pupils that opt to use hijab. This in our opinion is the most appropriate and sensible thing to do without further delay.” 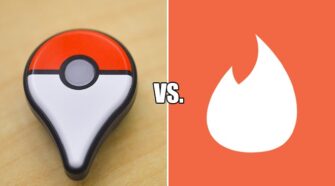