Filmmakers from all over the Lagos, NG area will compete to see who can make the best short film in only 48 hours.

The 48 Hour Film Project was started in 2001 by an American, Mark Ruppert, aims to advance filmmaking and promote filmmakers through festivals and competitions.

If you are a film maker in Lagos this is your opportunity to participate in the global Short Film competition.

This competition will provide film enthusiasts around the world the chance to network with other individuals and organizations in the industry.

The winning film will go up against films from around the world at Filmapalooza 2017 for a chance at the grand prize and an opportunity to screen at the Cannes Film Festival 2017, Court Métrage.

DISCOVER THE WORLD NEWEST NATION IN EUROPE TO BUILD YOUR BUSINESS

EL-ZAKZAKY ON HIS WAY BACK TO NIGERIA

Federal government may be forced to use military for contact tracing

Lagos deputy governor, narrates own ordeal in the hands of SARS 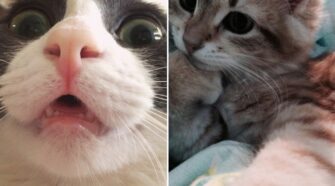